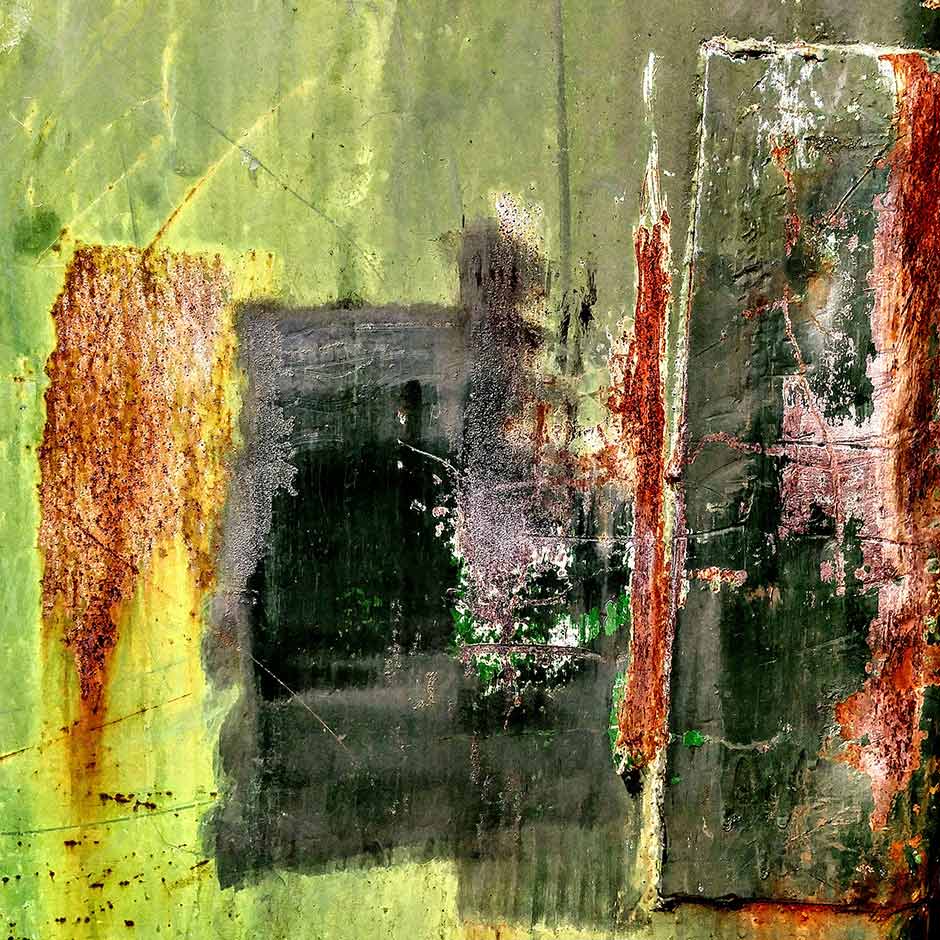 Majestic- Sioux Lily Dickson
Image description: An overwrought yellow peaks from behind the dumpster green in this abstract photograph. There are four dominant shapes. From left to right is a sparse rusty vertical swath, a very dark green block that has been smeared with pale highlights. A shock of an angry vertical rusty gash sits next to a tall layered panel that is emblazoned with dark greens, withering reds and awkward whites. This piece resembles more an abstract painting rather than a photograph of a dumpster wall.

Sioux Lily Dickson has called Peterborough home for all of her adult years. She was given her first camera when she was nine years old and spent long nights in the darkroom as a teenager. There is barely a day that goes by without the creation of a few photographic witnesses.

Sioux’s work celebrates the beauty of the overlooked. Her favourite thing to photograph are dumpsters and the alleys they live in. When not creating abstracts of organically generated patinas, she shares her gaze regarding difference in order to highlight the joys and sorrows of accessibility and inclusion. Her ability to art finally restored after beginning treatment for a long undiagnosed illness, she now views the world only through accessible apertures. Her art would not be as telling without her advocacy and her advocacy would not be as florid without her art. Activism and art are her twin muses.

What influenced you to use art as a form of activism?

I was an activist before I was able to return to arting. Creativity restored, the ways in which I can make art now have changed. Whether I can do the thing or I need to find accommodations to do the thing, accessibility entirely dictates the art I am able to make. It was an interlaced birth; merging advocacy and art was never a conscious choice.