Skip to content
OPIRG Peterborough > Programs > News & Events > News > What is it Like to be a “Hidden Homeless” Person? 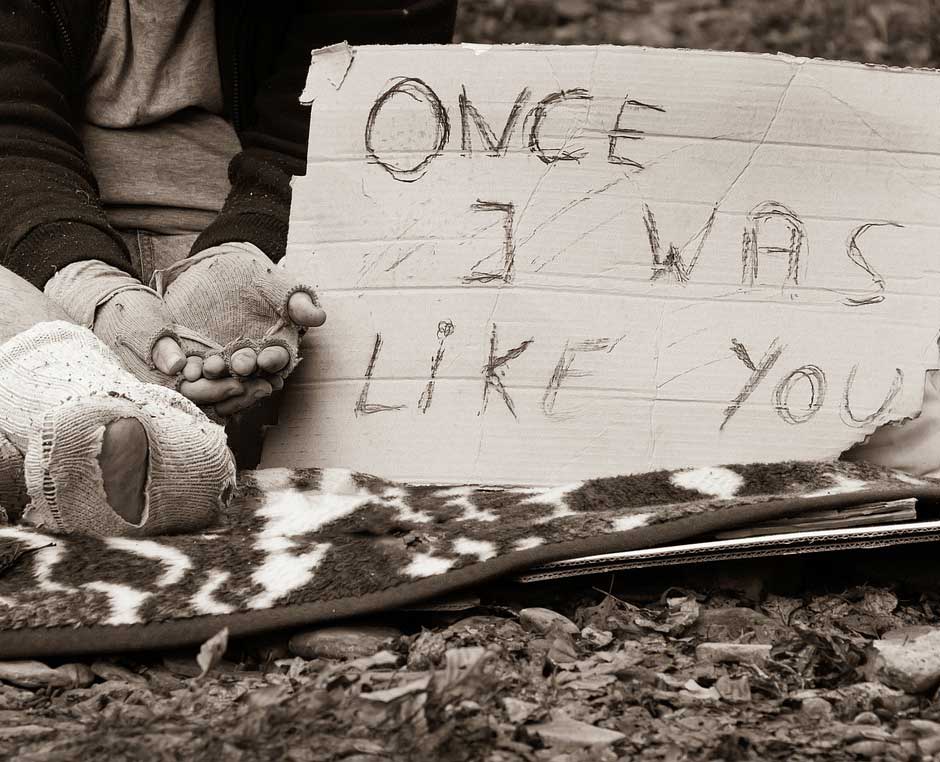 Homelessness is one of those things that has never occurred to me that I’d experience in my life. It was one of those situations that one would look at and say “that will never be me.” Because after all, how would it even be possible that your life could spiral down that path if you’re so comfortable right now?

As a kid, I grew up in the slums of Toronto. We didn’t have much money, but I was a fairly happy kid. I had a lot of friends, I spent a lot of time exploring my neighbourhood, spending time with others, playing outside, and enjoying life. I had a lot of friends in the neighborhood that were also well under the poverty line, so we often saw each other as family since we had nothing but each other.

It was very easy to notice what many would call “The Struggle”, but as a little girl, it didn’t really bother me. Afterall, I had a roof over my head and fun friends to play with. What more could you want as a kid? Money didn’t really matter to me, nor did I have the impression that we had to “strive” for better, because to me, what we had was enough. The older I got, however, the more I began to realize that there really was a problem.

I grew up in a very broken home and part of me knew that dark times would lie ahead, I just didn’t know how dark they would be. I moved quite a bit in my life due to poverty, and that was very evident for me as I moved through elementary school, well into high school. Throughout all of my schooling, I was also enduring a lot of abuse at home, so, at the time, I decided to put all my focus into graduating high school in order to give my mind some kind of structure in the hopes that somehow, all the pain, struggle and abuse I was enduring would all make sense and be worth it in the end. I worked so hard and even graduated early. I had spent so much of my time focused on graduating that once it was finally over, I felt lost.

I spent a year and a half deep in depression, feeling completely lost and confused about which direction I wanted to take in life. I planned on leaving my abusive home after high school, but living in a city as expensive as Toronto, I knew that wasn’t going to happen for a while. It seemed I was stuck with no way out, and this weighed heavily on me.

August 11th, 2018 was the day my life did a complete 180. There was a huge fight in my household, and I figured I had enough. After 19 years of abuse, I had enough. It was very clear to me that the only way I would move forward in life was if I left home. I had nowhere to go, but I trusted my intuition. I made some calls, and eventually packed up and left by 7PM. I made my way to the nearest homeless shelter, and thus, my homeless journey began. I spent my first 3 days crying, wondering if I made the right choice; wondering if I should just take my own life. I had my roof over my head ripped away from me, but it was either stability, or my life.

Imagine this: Imagine waking up every morning in a bed the size of a wide coffee table, in a tiny room with no ventilation and an x amount of strangers. Imagine waiting in a line with other hungry, homeless people only to be looked at in disgust by the staff, and being served cold mush that gives you diarrhea. Imagine waking up every night to extremely loud banging on doors, and police trying to arrest someone screaming, shrieking and crying in complete hysteria down the hallway. Imagine getting abused and bullied by strangers; having them steal your stuff, poke at your triggers, and physically harass and assault you. Imagine walking over a lifeless, overdosed body every other day in what’s supposed to be your home, wondering if you’ll end up the same way. That was my reality on and off for two years. It was one of the toughest experiences of my life.

Many of my friends were extremely surprised to know that I was homeless. After all, I had a job, I graduated high school early, I went to college through this period of my life and graduated with a 4.0 GPA, I had figured out over some time that I wanted to be an entrepreneur… I had everything going for me, yet I was chronically homeless.

I used a lot of my down time to look back on life to see how it even was that I got to this point. I looked back on my happy childhood, but from my new adult perspective, I could only see how dark it actually was. I could only see how poor we were and how much we struggled to survive. I looked back on how the traumas of my caregivers and elders got passed onto me. I looked back, and I understood how it was that I ended up in my situation. I was addicted to the pain of my past and of those who surrounded me then, because it was all I knew. I didn’t know that I wasn’t supposed to suffer as much as I did. I didn’t know that these horrible things that happened to me weren’t my fault. I didn’t know any of that. On top of that, I was homeless because I was fleeing abuse.

It was only recently (September 1st, 2020) that I was able to break my homeless cycle. I vowed to myself to leave my past where it was, and move forward. A lot of homeless people aren’t as lucky as I am to break the cycle. It’s so easy to stay homeless once you’re homeless because there aren’t many things in place to help homeless people. I was lucky enough to escape my abusive home with a job, my high school diploma, and a VERY strong desire to make something of myself, so much so that I wasn’t distracted by all the horrible things going on around me. Many of my homeless friends didn’t have their high school diploma because they left home before they had the chance to graduate. Some had mental illnesses or addictions so severe that they couldn’t hold a job. Some, like me, kept encountering racist landlords. Some had children and had to choose between their child or themselves since they couldn’t afford both. It was different for everyone.

Regardless of the fact that homelessness is not my reality anymore, it was extremely tough when it was, and it made all the sense in the world why homeless people have a tough time breaking the homeless cycle. I had experienced everything that any other homeless person had experienced: prejudice. Many that knew I was homeless judged me for it, especially those whose job it was to help people like me, which is something I absolutely didn’t expect.

Homelessness is a very complex problem. People can be homeless for a number of reasons, but a common theme is poverty. Being a victim of poverty myself, I can see how it played into a lot of the pain I and those around me had experienced. It’s important to note that homelessness doesn’t always look like someone on the street, begging for change or food. It could very well be someone you know. It’s time to remove the stigma and prejudice around the idea that a homeless person is anything but another human being.